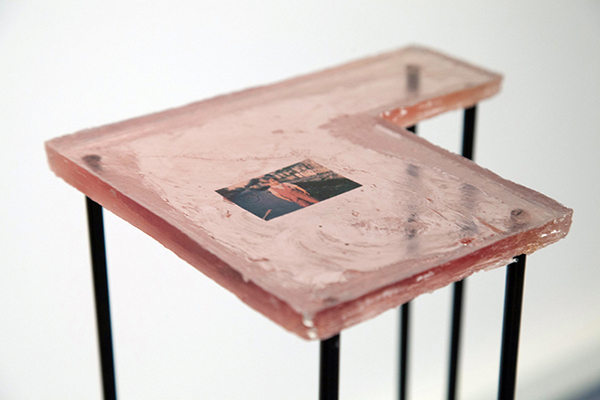 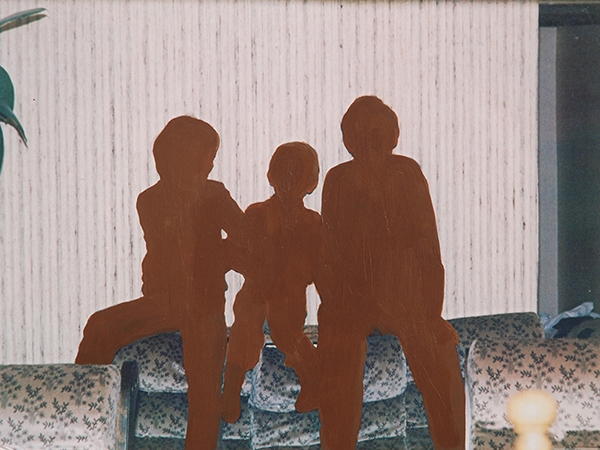 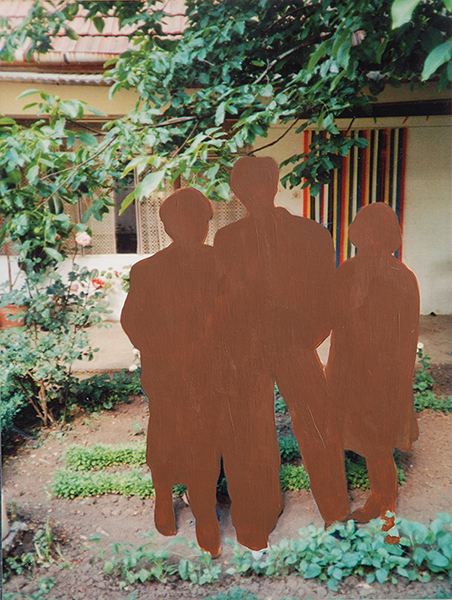 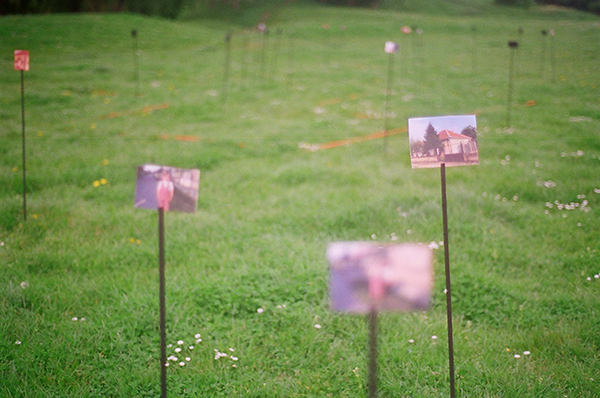 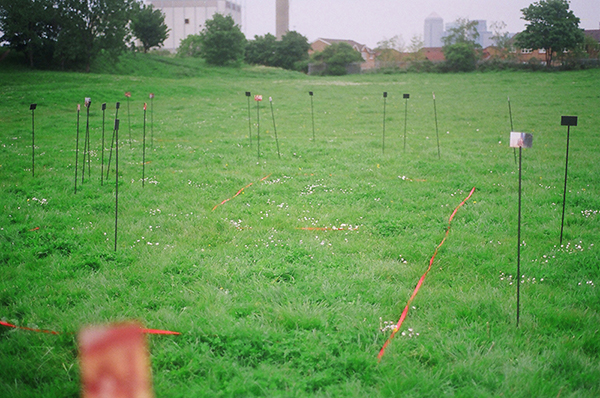 In this work, I visualize the process of a memory of the physical and emotional space of my family house. The work shows three different processes: the process of memories that fade away, the process of accepting the time that passes and the process of coming to peace with it. It puts private in the public context and leaves it open to interpretations.

This work has three parts, two installations in an open space and an object. It was made over the period of 5 years. This is the text given at the first installation in London: ‘’This is my family house in Zrenjanin, Serbia. I lived here since I was born until I was 15, when the house was sold. The red lines represent the foundation of the house in scale 1:1. The black sticks hold family photos from the time when we used to live in this house. They are positioned on approximately the same place where the photographer was standing when he or she took the photos. I placed this installation on the field on New Cross Gate, in south-east London, in front of the building where I am living at the moment. ‘’ A year later I repeated the installation in Stari grad, Belgrade, in Serbia, with the similar text. This time the size of the foundation decreased almost by half and all the figures on the photograph were painted over. The last part of this project came in 2013. It was approximately 20cm x 20cm mix-media object depicting the foundation of the house, with a single childhood photo of me in front of the house.